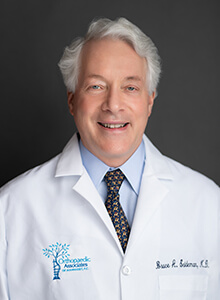 Dr. Seideman subsequently completed a three-year residency in orthopedic surgery at Columbia Presbyterian Medical Center in New York City in 1986. He was a postgraduate fellow in hip and knee joint replacement surgery at the Mayo Clinic in Rochester, Minnesota, until he joined Orthopaedic Associates of Manhasset in 1987.

Additionally, Dr. Seideman has expertise in ambulatory total hip and knee replacement and has been performing these outpatient surgeries at East Hills Ambulatory Surgery Center and Saint Francis Hospital.

Dr. Seideman has been named a Best Doctor by New York magazine for 2020 and is a Castle Connolly Top Doctor in the field of hip and knee replacement surgery. He also is a U.S. News & World Report and Newsday Top Doctor.

OAM is very pleased to announce that Dr. Seideman was featured among the top 65 Total Knee Replacement Surgeons to Know in 2020:

The surgeons featured on this list have led accomplished careers and hold leadership positions at some of the top institutions across the U.S. The list was developed through nominations and internal research. Individuals do not pay and cannot pay for inclusion on this list.

Schedule your appointment with Dr. Bruce Seideman at Orthopaedic Associates of Manhasset by calling (516) 627-8717 or request your appointment now. We look forward to seeing you soon at one of our 3 convenient locations on Long Island, New York.