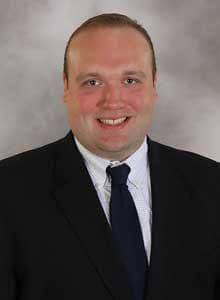 Kevin Cassidy, MD, is originally from Queens, New York, and attended the prestigious Regis High School in Manhattan. He completed his undergraduate education at Lehigh University, where he graduated with honors with a bachelor of science in biochemistry. In 2008, he earned his medical degree from New York University School of Medicine at Langone Medical Center.

Dr. Cassidy then completed a five-year residency program in orthopedic surgery at New York Presbyterian Hospital - Columbia University Medical Center in 2013, where he served as chief resident during his final year. During his residency training, Dr. Cassidy was honored with several awards, including the award for clinical excellence in 2010 and the award for excellence in trauma care in 2011. He was also named resident of the year and teacher of the year in 2013. After his residency training, Dr. Cassidy completed a fellowship in adult reconstruction and joint replacement at the Hospital for Special Surgery.

Dr. Cassidy is a member of the medical staff at both North Shore University Hospital at Manhasset and St. Francis Hospital. He is a candidate member of the American Academy of Orthopaedic Surgeons. Dr. Cassidy has produced multiple publications, including a textbook chapter and a peer-reviewed journal article. He has also presented his research at multiple national meetings.

Schedule your appointment with Dr. Kevin Cassidy at Orthopaedic Associates of Manhasset by calling (516) 627-8717 or request your appointment now. We look forward to seeing you soon at one of our 3 convenient locations on Long Island, New York.