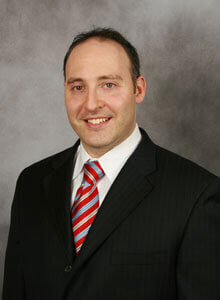 Joseph Rothenberg, MD, received his medical degree from Temple University School of Medicine in 2005. He completed a one-year internship at Mercy Hospital of Pittsburgh, followed by a three-year residency in physical medicine and rehabilitation at the New York Presbyterian Medical Center at Columbia and Cornell Universities.

After completing his postgraduate fellowship in orthopedic sports and spine at Beth Israel Medical Center in New York City in 2010, Dr. Rothenberg joined Orthopaedic Associates of Manhasset. His practice focuses on interventional physiatry, sports medicine, and nonsurgical treatments of the spine. He has lectured nationally on sports medicine and spine topics.

Dr. Rothenberg’s personal interests include various team and individual sports, such as baseball, football, golf, and swimming. Among other activities, Dr. Rothenberg has been actively involved as a medical volunteer with the New York Road Runners and has participated in the New York City Marathon and multiple races throughout the New York City region since 2007.