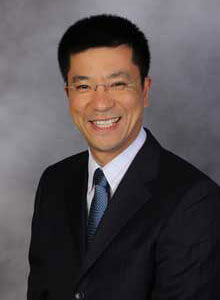 Originally from Shanghai, China, Wei Shen, MD, earned his medical degree in 1999 as well as a master of science in 2002 from Shanghai Jiao Tong University. He then received an international scholarship to study bioengineering at the University of Pittsburgh. After graduating in 2006 with a PhD in bioengineering, Dr. Shen joined the Department of Orthopaedic Surgery at the University of Pittsburgh Medical Center for academic research for 3 years.

Dr. Shen specializes in the operative and nonoperative management of all foot and ankle disorders, including but not limited to bunions, hammertoes, as well as arthritis, trauma, and sports injuries.

Dr. Shen is a member of the medical staff at both North Shore University Hospital at Manhasset and St. Francis Hospital. He is a fellow of the American Academy of Orthopaedic Surgeons (FAAOS).

Dr. Shen has received multiple honors throughout his career, including the AAOS Multimedia Education Center Award in 2007, AAOS Scientific Exhibit Award of Excellence, and an AANA resident/fellow scholarship in 2008.

Dr. Shen has published 20 peer-reviewed scientific articles, along with 14 review articles and commentaries. He has also given 27 scientific presentations at national and international academic conferences and has contributed chapters to 10 orthopedic textbooks.